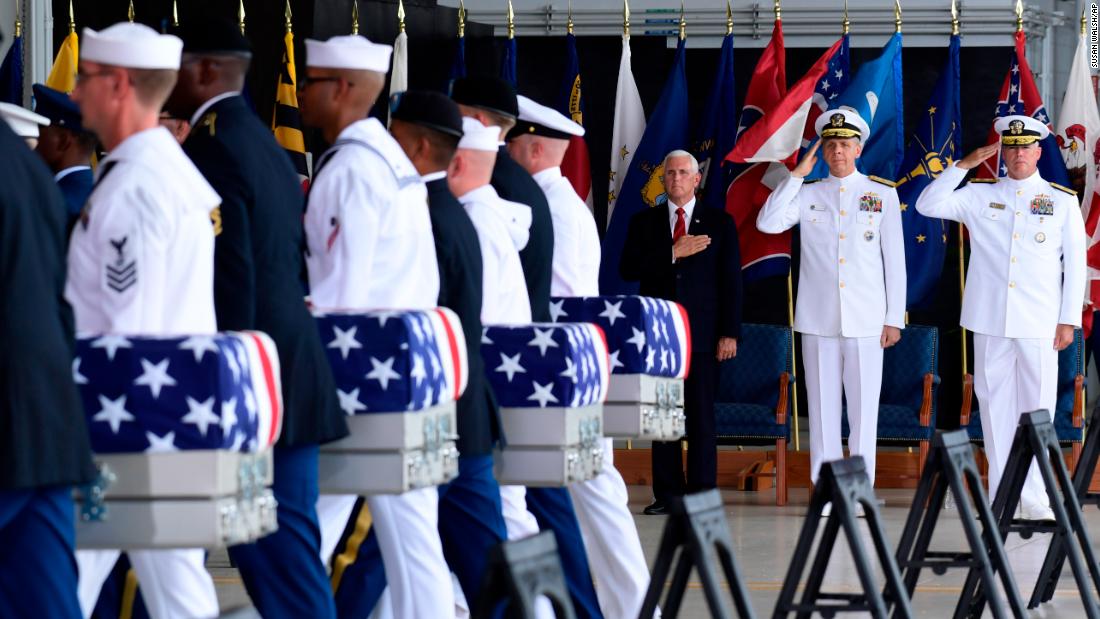 Honolulu, Hawaii( CNN) It was a homecoming 60 years in the making on Wednesday for Americans lost in the Korean War. 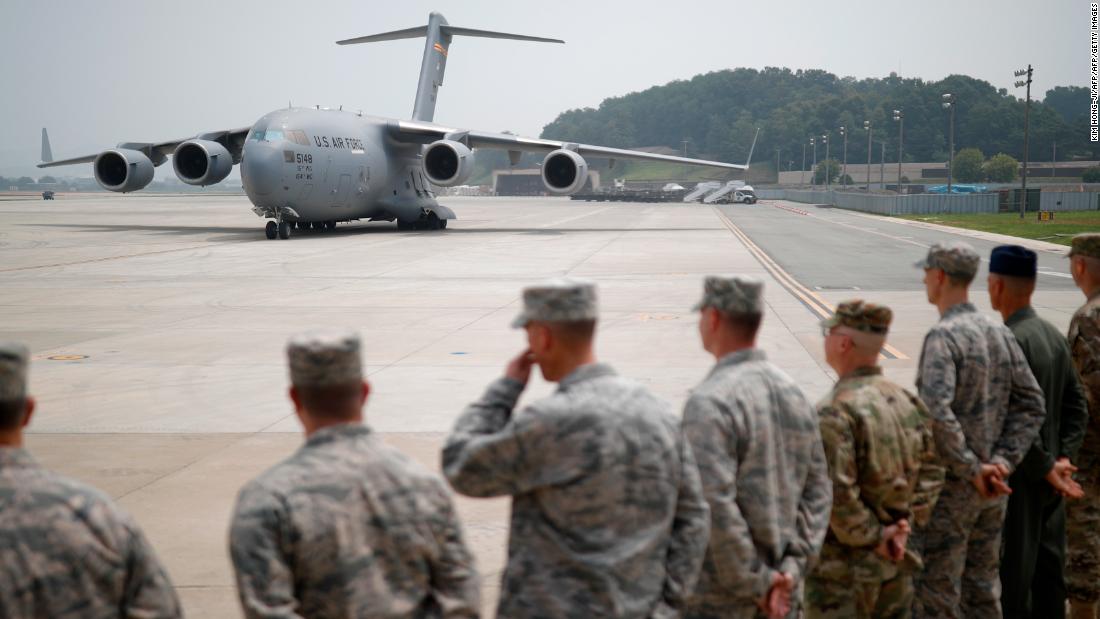 Pence looked on solemnly with his hand over his heart as the long, narrow boxes were gently laid on the stanchions in front of him.
Several dozen pallbearers — representing the Army, Navy, Air force and Marines — unloaded two cases at a time from two C-1 7 military aircraft parked on the tarmac. With ceremonial music in the background, the crowd gathered in the hangar rose as each wave of remains passed.